There was shout of joy at the Abakaliki Township Stadium, Abakaliki on Thursdays when Governor David Nweze Umahi of Ebonyi State announced the birth of a baby during a state launcheon party for elders and widows in the state by his administration. The baby arrived just minutes before the governor called out about 1,710 widows to be empowered by the government as part of the efforts to lessen their burden. Immediately, he announced a donation of N1m to baby Rachel and directed his Senior Special Assistant on Religious Matters and the Chairman Christian Association of Nigeria, Ebonyi State chapter, Very Rev. Father Abraham Nwali, to open an account for the baby with the money.

Regina Patrick,one of the 1,710 widows drawn from the all the political wards in the state, lost her husband six months ago. Umahi said, "There is a woman whom I was told gave birth in this celebration ground and as I was deliberating with my wife on how Jesus wife should be pregnant, they said she took in before her husband died six month's ago. Rev Father Nwali will use the sum of N1m to open an account for the child." The governor also offered scholarship to her from secondary school to university levels.

In an Interview on Friday at the Federal Teaching Hospital, Mrs. Patrick from Amagu Izzi in Abakaliki Local Government Area, said that both her and baby were in stable condition. She explained that she did not get any sign of the baby's arrival when she arrived Abakaliki until 2pm when she started noticing some changes and decided to rush to any nearby hospital. The lady was full of praises for the governor and his wife for their kind gesture and prayed God to promote them to a higher level. She said, "We went to the stadium because they told us to go there that governor wants to see the widows and it was by 2pm that I started having pains. I was was trying to go to hospital but when we were about to come out , there was big traffic and I gave birth there. "They told me that governor and his wife gave my baby N1 million and gave her scholarship. I am so happy because of how God remembered me through the governor and his beautiful wife. I am thanking him and his wife and I am praying that God will elevate them more.". While she confirmed that her husband died six month's ago, she revealed that she has five children. Her first son, she said, was electrocuted not too long ago. 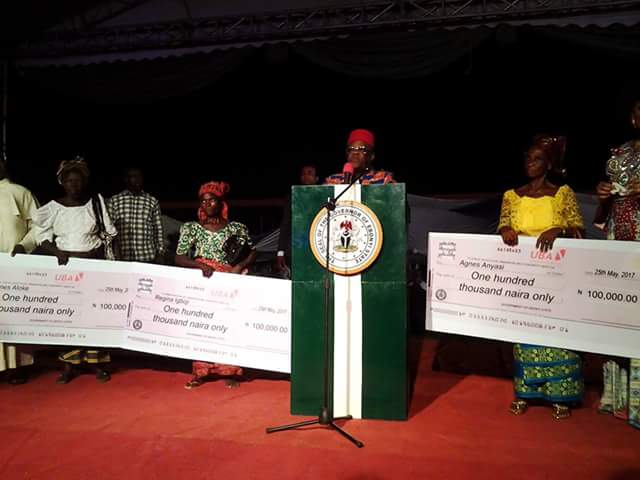 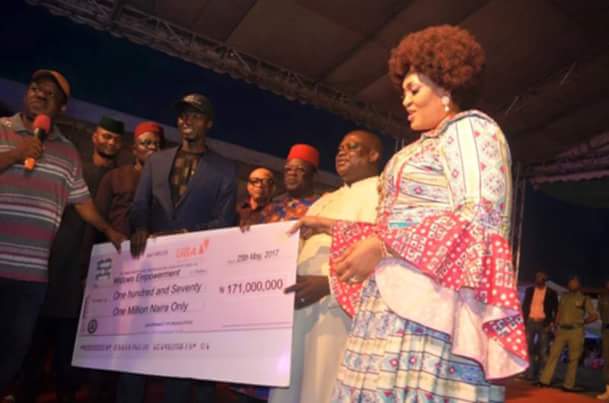 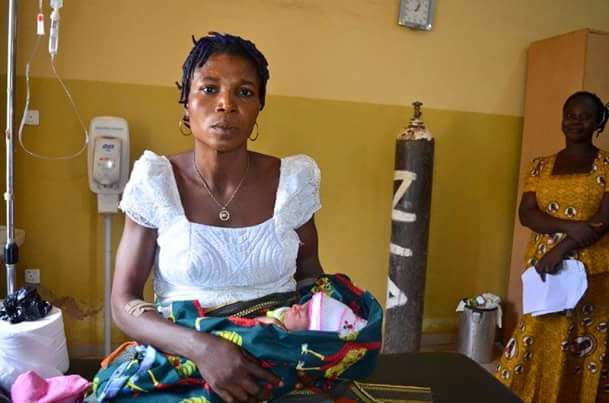