A chieftain of the People Democratic Party PDP and a front line politician Mr. Animiyefa John popularly known as Abala 1 has call on the Governor of Bayelsa state Hon. Henry Dickson and other stakeholders to come to his aid.

Mr. Animiyefa made the call while briefly interacting with newsmen in his sick bed. He explained how he has been rejected and abandoned immediately after the 2015/2016 Governorship election Bayelsa State in his words.

“I am a dogged, gregarious, kind hearted comrade and People Democratic Party faithful, the king of Abala kingdom, I am seriously passing through hell due to gun wounds I sustained in the past governorship election at Oporoma where I was heavily attacked and condemned to be killed.

Very frankly, I am in severe pains right now my people.It is pitiable that I Mr. Animiyefa, who gave his life in protecting the second tenure political battle of Governor Henry Seriake Dickson. I am persuaded to ask this salient and thoughts provoking question. Where is the delegation of Bayelsa state government? Where is the leadership of People Democratic Party (PDP) in Bayelsa state? Where are the critical stakeholders of our party from Southern Ijaw? This is a very unpleasant predicament, If I were important as others I should have been in the hospital either in India or South Africa for a first class medical treatment. This is unthinkable, unspeakable and most disturbing".

"I am using this golden opportunity to call on young people to be careful not to be used as an instrument to perpetrate electoral violence to favour any unproductive political leader. Without being immodest, I hereby call on my Governor, Hon. Henry Seriake Dickson to come to my rescue and pay the supreme price to be given urgent medical treatment abroad or any good hospital within the country. I am dying today because I stand to defend and project the second tenure bit of my Governor and my party the People Democratic Party PDP". 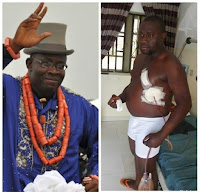 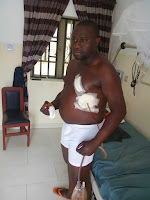 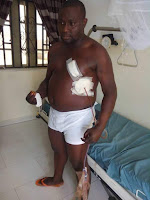 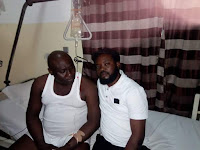 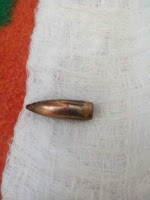