Trezzy Helm August 30, 2018 POLITICS
Loading...
People of Kaduna Central are peacefully protesting against Senator Shehu Sani at
APC National Secretariat.According to them,he is a double faced individual that says one thing but means another.His sins against the people of Kaduna according to them are numerous,
1. "He said those who support Buhari's second term are  sycophants"
2. That "Buhari's anti-corruption war is political"
3. "Buhari is using deodorant to fight corruption in presidency" such a man they say cannot represent them.
They also said he denied Kaduna State development by not endorsing the best loan proposed by Kaduna State Govt.According to them,after wining and dining with Saraki and going against good policies of Buhari,he is now frequenting Buhari with visits, taking pictures with him and more.Shehu Sani is a wolf in sheep's skin and they won't condone him in their mist.They also said he has been rejected by them and they will also retire him from politics by using their votes. 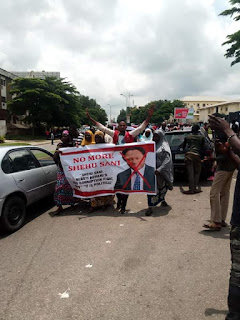 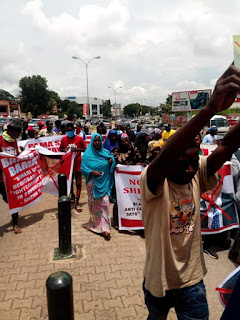 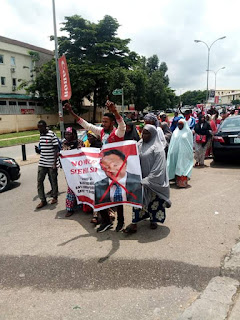 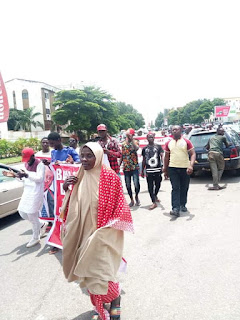 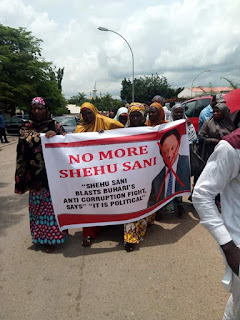 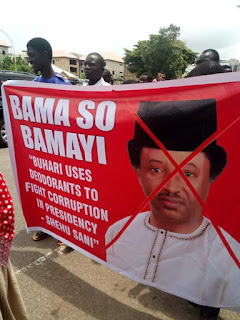 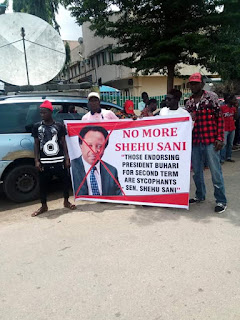