'TOO BAD AND SHAMEFUL
ACME ON FIRE
South West APC Women Leader Kemi Nelson and the new Lagos State APC State Woman Leader Hon Jumoke Okoya Thomas supporters in free for all fight at the party state secretariat
Nelson's Personal Assistant and enforcer cum "Attack Dog", Ms. Ayo Alli- Balogun, attacked the new Lagos State Woman Leader, Hon Jumoke Okoya- Thomas and her P.A Alhaja Biodun.
Alhaja Biodun was rushed to the nearest hospital as she has lost a lot of blood.
Upon resumption of her duties at Acme, the new woman leader has been harassed and insulted severalyy by Nelson's attack dogs and hangers on.
Miss Alli Balogun a well known escort; who has been passed around by most politicians, a well known Indian hemp smoker and a drug addict leads Nelson's group of hangers on fired the first salvo by physically assaulting Alhaja Balogun.
Mrs Okoya Thomas PA Alhaja Balogun called for reinforcements from Lagos Island.
Nelson and her PA Alli Balogun had to hide in one of the toilets in ACME.
According to investigation Kemi Nelson refused to vacate the office of the State Women Leader at Lagos State APC Secretariat in ACME Ikeja; after she has left the position and was made the South West Women Leader. Nelson kept the office under lock and held on the key.
Hon Okoya Thomas made do with a vacant office for peace to reign but she was consistently harassed and intimidated by Nelson indirectly through her minions and hangers on.
Efforts by the State Chairman Tunde Balogun to adjudicate over the matter was rebuffed by both parties. 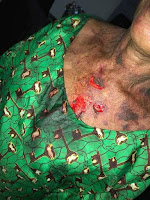 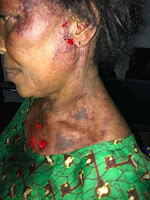 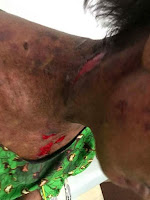 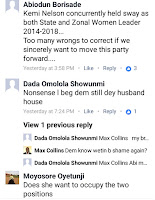 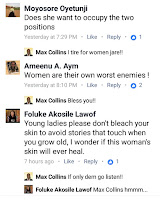 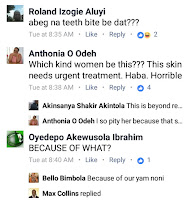