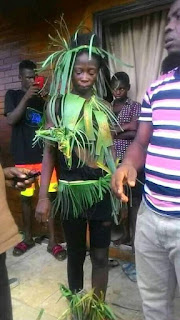 As shared by Yenne.....
Girl who attempted to blackmail a young boy over her missing pants was caught
Yenne Ebobrah writes:
'What a life? There's nothing we will not see in this big world. It was unfortunate that this one in particular happened in my presence in AG-CITY .
As you can the pictures, the boy was accused of stealing pants by that girl. He was even beaten by some angry mobs if not for the intervention of some good Samaritans who came for his rescue. When I got to the scene I also asked the boy if truly he did it and he said he didn't that he thinks Someone is trying to set him up. To shorten the long story, the girl's younger sister of about 6-7years old girl confessed that the boy was innocent that she saw her elder sister with the pants in her hand and putting them in the boys bag. As usual the angry mobs ordered for her beat and she was beaten and ill-treated and later confessed that she did it because the boy was been pompous. According to her, the boy told her he has cars and houses in sapele, so that was why she accused him of stealing the pants. The boy was later freed while the girl got the beaten of her life' 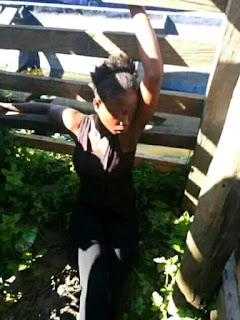 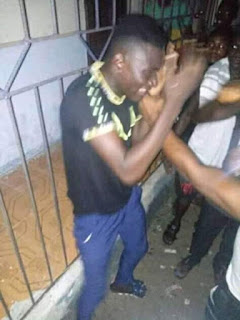 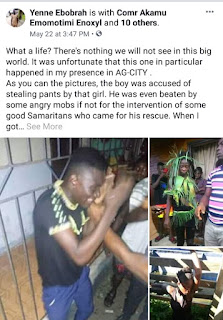