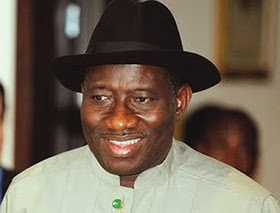 In an evening tagged a Night of Gratitude and Tributes the organisers of this year's African Movie Academy Awards (AMAA)   will honour former President Goodluck Jonathan and Chairman of Heirs Holding, Mr. Tony Elumelu among others. They will be honoured for their support for the Awards and the creative industry generally

Tomorrow, September 26, is the awards night.Filmmakers of African descent honoured will be honoured in the Wall of Fame category.Those to be celebrated are Melvine Van Pebbles, Harry Belafonte, Horace Ovi and Tony Verne while post-humors awards will be for Ghanaian Cofie Ammuako-Annan and  Oronto Douglas.