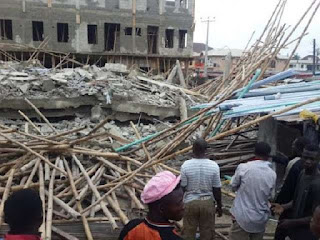 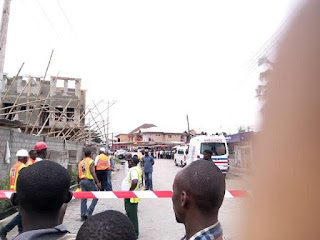 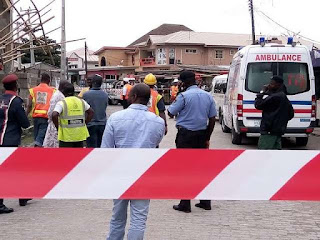 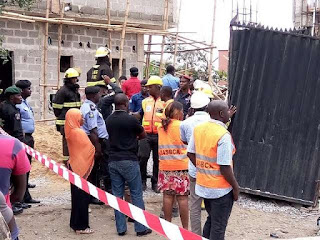 Another building has collapsed in highbrow Lekki area of Lagos State, with many labourers reportedly trapped inside barely two-months after a two-storey building close to completion collapsed at the Agungi area of Lekki,Lagos state.

According to a Trezzy blog reader who sent the pictures,many of the labourers were trapped under the debris.He said many of the labourers passed the night in the building with the hope of continuing work today.Lagos State Fire Service, the police and medical personnel have arrived at the scene but no rescue mission has been carried out yet.They are still taking pictures of the scene and also having discussions before they can carry out their rescue mission.