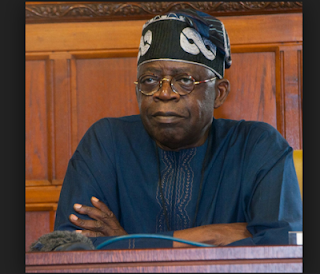 
Read what Punch wrote below...

"It was learnt that the senator was ostracised for allegedly working against the interest of the party's South-West leadership and for taking sides with Senate President Bukola Saraki. Alasoadura was also among the senators that followed Saraki to the Code of Conduct Tribunal in solidarity on Tuesday.

A reliable source within the party told our correspondent that Alasoadura had been sidelined from all APC South-West meetings for his disloyalty to Tinubu.

"Alasoadura was a Commissioner for Finance under the late Dr. Olusegun Agagu for over five years.He later defected from the Peoples Democratic Party to the Action Congress of Nigeria. Tinubu accepted him and appointed him the Director-General of the Rotimi Akeredolu governorship campaign organisation in 2013.

"Alasoadura was not even supposed to have emerged the senatorial candidate of the APC in the last election but the party favoured him. However, when he got to the Senate, he returned to his PDP family and started working against the party. He also supported Saraki against the interest of the party.

"When Tinubu convened a South-West meeting in Abuja during the height of the National Assembly crisis, Alasoadura came. However, Tinubu walked him out of the meeting and told his orderly to ensure that the senator was escorted off the premises.

"Tinubu also warned senators present to ensure that sensitive issues were not discussed in the presence of Alasoadura as he was an enemy within."

The Senator however issued a statement two days later wherein he pledged his loyalty to the party and denied supporting Saraki.