Fans Slam M.I On Twitter For Calling FFK A Joke(Pics) 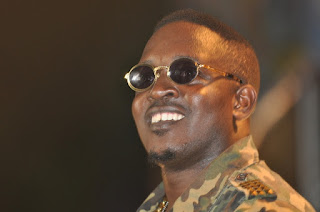 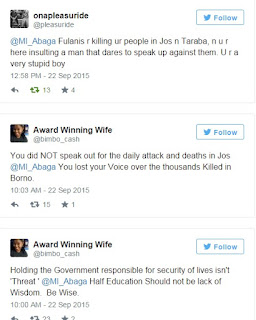 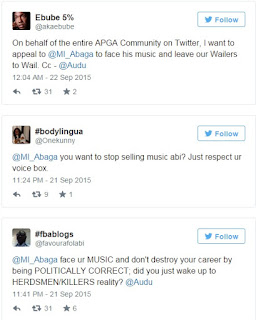 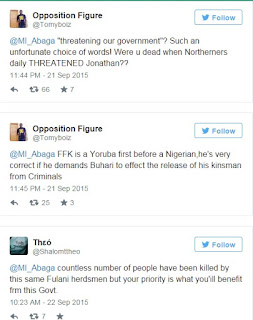 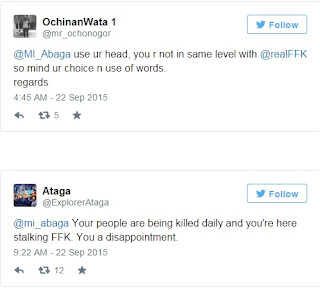 Choc City rapper M.I has been slammed by many of his fans on Twitter for calling Femi-Fani Kayode a joke.It should be recalled that FFK  had earlier threatened the federal government that repercussions are abound if kidnapped Chief Olu Falae was not released.Sequel to that,M.I blasted FFK.