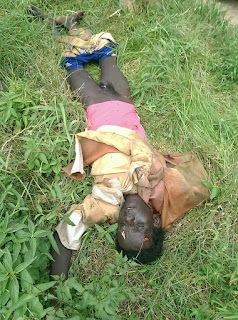 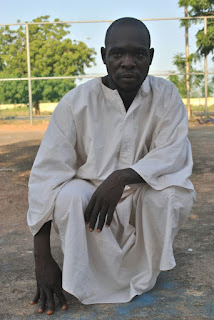 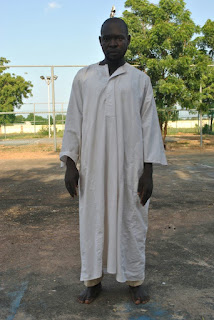 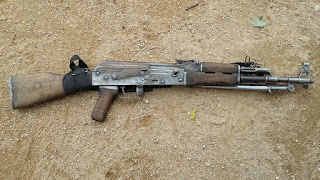 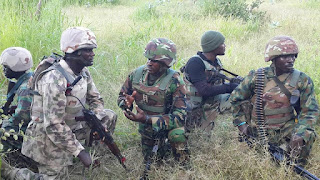 The Nigerian Army has killed a notorious Boko Haram insurgent who has been terrorising Kwatarha and Torikwaptir communities of Gwoza LGA in Borno.
The terrorist was killed by Nigerian troops on Monday, September 28, during an operation in Gwoza.The troops also  arrested a Boko Haram kingpin, Alhaji Tijjani Usman Damagum.
He was reportedly tracked down and arrested at Damagum town, Yobe.Disclosing the news,  Army spokesperson , Sani Usman, said the  notorious terrorist is known for carrying out terrorist activities in the surrounding communities.He was gunned down by troops on Monday afternoon.
“An AK-47 rifle was recovered from him. During the operation, four other terrorists were believed to escape with gunshot wounds,” Mr. Usman, a colonel, said.
He also said troops of 3 Division have arrested a suspected Boko Haram kingpin, Tijjani Damagum.
According to him,the terrorist was tracked to his base, where he had been coordinating attacks.
“He was tracked down and arrested at Damagum town, Yobe State yesterday. A high profile Boko Haram terrorists’ group member, he has led Boko Haram members on various attacks, especially in Yobe State.
“The suspect is currently undergoing interrogation with a view to arraigning him soon"
Loading...
">