Olamide Visits Made Of Black Heroes In Lagos(Photos) 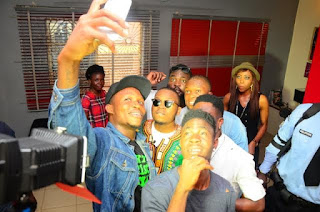 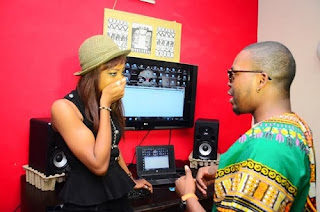 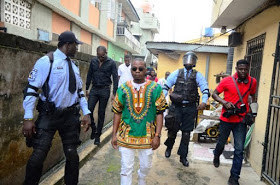 Nigerian rapper Olamide and his crew today visited the Made Of Black heroes at their various locations. Olamide presented gifts to The Made of Black heroes who were visited today.

Among those visited today was Josephine who loves to feed the hungry.Olamide and his crew visited her at Agidingbi home in Ikeja and also presented gifts to her.Also,Tina a woman with the fear of God, was visited at her Fagba home, while Dj Toxic was visited at her studio at Ojodu Berger.Speaking while receiving Olamide,Dj Toxic broke in tears while narrating her grace to grace story to Olamide.

Phyno alongside Olamide will be the stars as Guinness honour and celebrate the heroes tomorrow in Lagos at Xovar Lounge, at exactly 8pm.