"President Buhari will also have deep deliberations with the President Francois Hollande of France, Prime Minister David Cameron of Britain and Chancellor Angela Merkel of Germany.

"Also on the President's schedule of interaction are President Vladmir Putin of Russia, President Xi Jinping of China and Prime Minister Narenda Modi of India.

"Talks will be centered on domestic developmental issues, bilateral relations, the war against terrorism, countering violent extremism, the enhancement of global security, peace-keeping operations, climate change and the adoption of a post 2015 global development agenda.

"President Buhari will be accompanied by the Governors of Sokoto, Kaduna and Niger States, the national security adviser and the permanent secretaries in the federal ministries of foreign affairs, defence, finance, health, industry, trade and investment; will deliver Nigeria's statement to the 70th Session of the United Nations General Assembly on Monday, September 28.

"President Buhari is also scheduled to address the World Leaders Summit on Violent Extremism to which he was personally invited by Mr. Ban Ki Moon during the Secretary-General's recent visit to Nigeria.

"Also on the President busy schedule in New York are a meeting of the African Union's Peace and Security Council, a High-Level Roundtable on South-South Cooperation organised by President Xi Jinping of China and the United Nations, and participation in the launching of an updated global health strategy for women and children.

"On President Buhari's schedule too are meetings with former President Bill Clinton of the United States, Mr. Bill Gates of the Bill and Melinda Gates Foundation which is assisting Nigeria in several areas including polio eradication, and former Prime Minister Gordon Brown of Britain, the United Nations Special Envoy on Global Education who is one of the main drivers of the Safe Schools Initiative.

"President Buhari will conclude his visit to New York on Tuesday, September 29, and leave the city for Abuja on the same day." 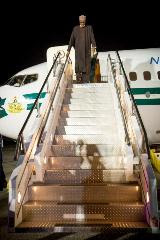 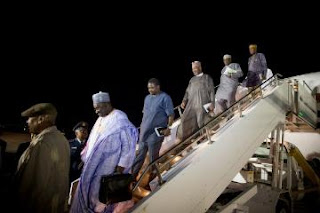 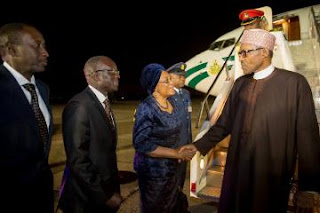