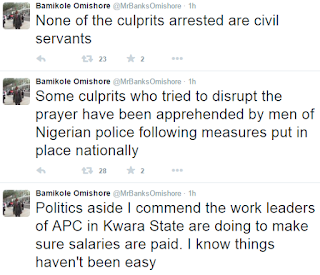 Senate President Bukola Saraki was reported to have been stoned today in Ilorin,Kwara State when he went for Eid prayer.The Senator later released a statement denying being stoned by anyone.