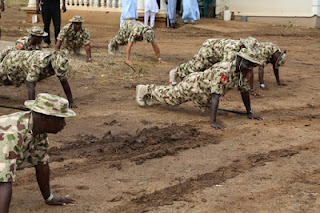 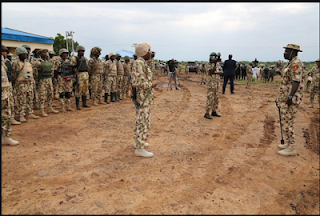 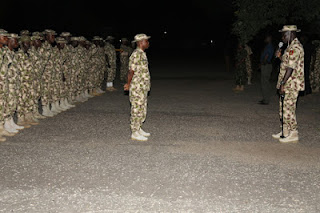 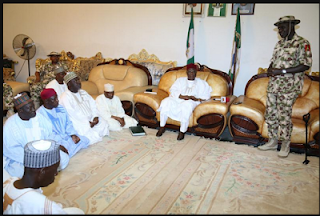 Showing commitment to his job,Gen. Buratai spent time visiting the north east to be with the troops battling Boko Haram terrorists in the region during the Muslim Eid celebration.

He  denied himself the enjoyment associated with being with family and friends during Sallah celebration.He also visited the District Head of Buratai, Alhaji Ajiya Maina Garga, a retired Army officer and the Emir of Biu His Royal Highness, Alhaji Umar Mustapha Aliyu, CON.He eulogised them and also urged them to work with the military in their battle against Boko Haram sect.