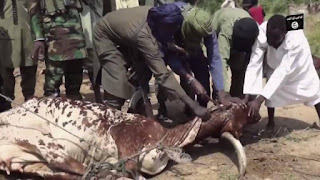 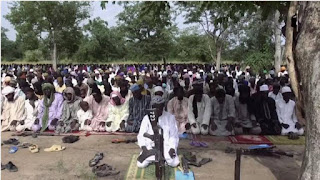 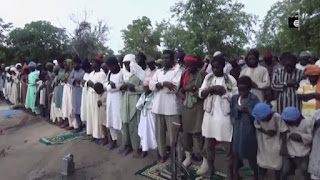 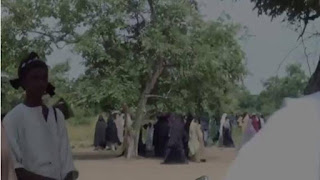 Members of Boko Haram sect were pictured last Thursday celebrating Sallah openly.This was revealed by a video released by the sect.In the video Boko Haram insurgents were seen calmly saying Eid prayers in the company of their families, with a rifle standing upside down.The pictures are screenshots of the video.This may be an attempt to prove Nigerian soldiers wrong as they have claimed in recent that they are winning the battle against the sect.