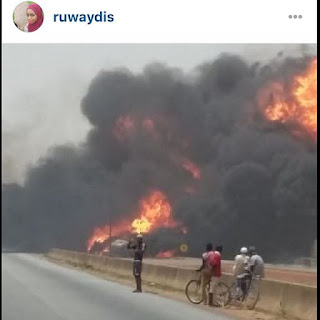 This tragic development was shared on social media by an eyewitness @ruwaydis who warned people traveling along the Zaria/Kaduna Road:
"Plz any 1 going to kaduna from zaria should be careful", she said, adding, "two fuel tanks jst exploded…people re burning Alive ya Allah(sic)."


The extent of the damage is yet to be ascertained. We will return with more updates.
See photo above