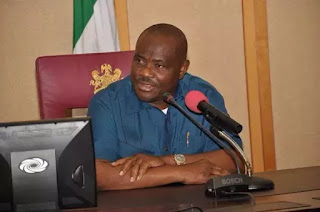 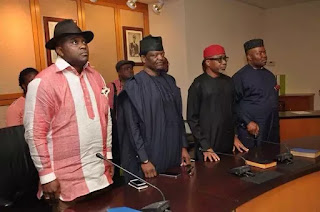 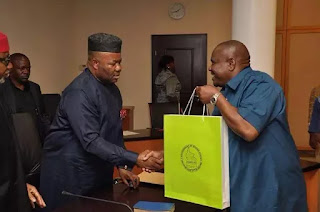 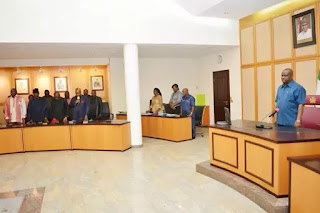 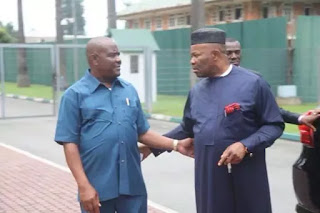 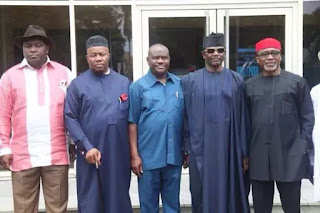 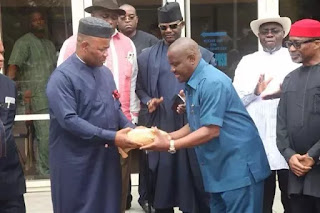 Governor Wike received the senators alongside members of his cabinet and Rivers PDP senatorial aspirants received PDP senators led by Senator Godswill Akpabio. Speaking while receiving them,he said.....
“Any person who loves Mr President won’t be causing unnecessary crisis for him. We have problem in the North East, problem in the South-East, so there is no need for another problem in the South-South.
“It is good that the elections were held so that Nigerians will know the truth about the polity. If elections are held 20 times, PDP will win.”

Speaking further,he condemed the use of soldiers for the elections, informing his guests that the military were directly involved in the elections at polling units and at the


collation centres, which he stated was in violation of the Electoral Act.He lamented the killing of the National Youth Service Corps (NYSC) member, Samuel Okonta during the polls, adding that his government will immortalise the late Okonta.

On his part, Akpabio said  the victory recorded by the PDP in the rerun polls is “a clear case of justice being done by God”.

He stated that there is no other political party in the state outside the PDP, even as he called for tolerance in the political space to allow for the sustenance of the state’s multiparty democracy.

Meanwhile, the PDP senators donated the sum of N1million to the family of the late youth corps member through Governor Wike.