Christian faithful have commended the peaceful coexistence between adherents of Islam and Christian religion residing in Sokoto, and urged the government to consolidate on the achievements so far recorded.

Members of the Sokoto state chapter of the Christian Association of Nigeria (CAN) stated this when they paid a visit to Governor Aminu Waziri Tambuwal as part of activities marking this year's Christmas celebration in the state.

Speaking on behalf of the members, spokesman of CAN in Sokoto, Reverend Steven Okafor, commended the people of the state for their tolerance and hospitality.

He said Christians in the state had celebrated the Christmas under a very peaceful atmosphere, which he described as commendable.

He thanked Tambuwal for his numerous people-oriented projects in the state and urged him not to relent.

Responding, Tambuwal urged both the Christian and Muslim faithful to continue to live in peace with each other.

He stressed the need for the adherents of the two major religions to be brothers' keepers, and strive to ensure rapid socio-economic development of the country.

"Peace is the key to national development, hence the need for all citizens to work towards ensuring a long lasting peace in the country.", a statement issued by Tambuwal's spokesman, Malam Imam, quoted the Governor as saying.

Tambuwal also used the occasion to rejoice with the Christians on the Christmas and wished them a prosperous new year ahead. 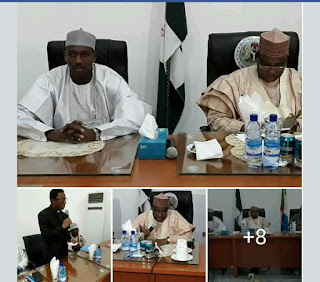