Fayemi first played for the Nigerian national team then known as the Red Devils in 1959 when they defeated Ghana’s Black Stars 3-1 in an Olympic qualifier.

He had seven goals to show after his last international cap against Morocco in 1964 where Nigeria lost 2-1.

Pa Feyemi inspired the Ibadan Lions to win the then Challenge Cup in 1959 and 1961 after losing in the 1960 final.

Pa Feyemi also played professional football during his stay in the United Kingdom for further studies before he retired from active football in the early 1970s.

He once worked as a member of Shooting Stars Sports Club (3SC) technical crew in the 1996/97 season. 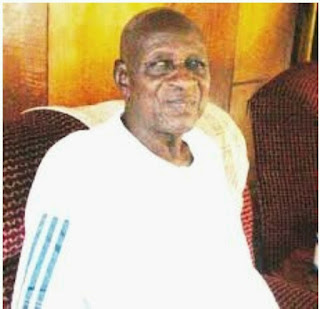 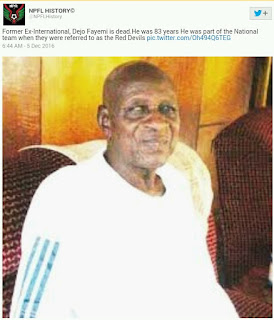