After my secondary education, I decided to further my studies.
I wrote the 1st,  2nd, 3rd and 4th JAMB exams and they were all cancelled. I decided to take the bull by the horn. I went to Enugu State University for a pre-degree program. On the completion of the program, I was offered a course in faculty of Science but the cultism in the institution as at then was unbearable for me, having being attacked twice. I decided to use the 5th JAMB that was released to study at University of Port Harcourt. Then ASUU had a protracted strike that lasted  for over six months, I needed to write a 6th JAMB and I scored 274 but that score couldn’t offer me admissions as the  two JAMBS were combined  because the strike entered another year. After the first 6yrs at home, WAEC too was cancelling my results and I wrote WAEC/NECO four times. I was frustrated, mocked, criticized and called a failure. Some of my classmates were already youth Corpers.  Many out of pity told me to quit because school wasn’t for me. The criticisms, mockery and name calling from people that didn’t know what I was passing through compounded my issues and I started thinking of quitting/suicide.
One evening, my brother in-law/mentor told me “Ogechi nobody can frustrate or determine the outcome of your life except you, don’t quit trying, you’ll be whatever you want to be” I repeated that to myself over a hundred times that night and I assumed the position of a CEO in my life.
I enrolled for another pre-degree program in University of Port Harcourt, and wrote the 7th JAMB and it was also canceled but thank God I passed the BASIC program. So to gain admissions to do a bachelors program, I wrote JAMB 7times, WAEC/NECO 4times and Pre-degree 2times.
However, when I finally entered University, I passed Rivers State government scholarship exams to study abroad but few weeks to departure, another government took over in 2007 and cancelled the scholarship. But I told myself I must study in Nigeria and abroad.

People called me a failure but, I don’t know if I am still a failure, if school is for me now or not, or if am still bewitched as people said..
All I can remember now is that I have done BSc in Nigeria, Masters in Safety and Environmental Management in UK, have seven additional professional certifications, qualified as a Chartered Environmentalist in UK and have worked both in Nigeria & Scotland.
I have learnt that setbacks are actually strongholds in disguise if we don’t quit trying.
I have learnt that persistence wears off every resistance.
I have also learnt as a Christian that if your faith says Yes, God won’t say No, only be DETERMINED.

I give God ALL the glory and shame to the devil'. 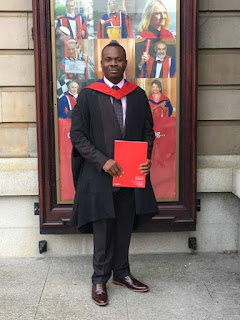 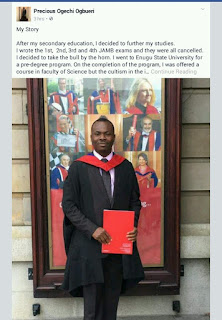 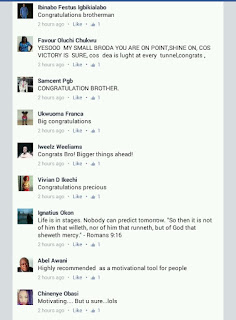 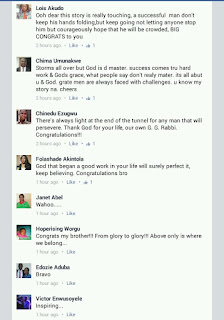 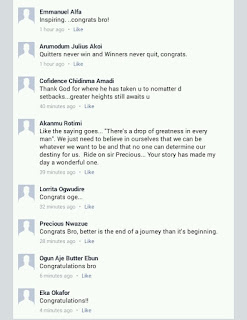 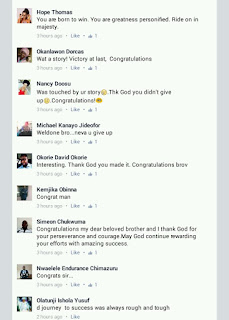 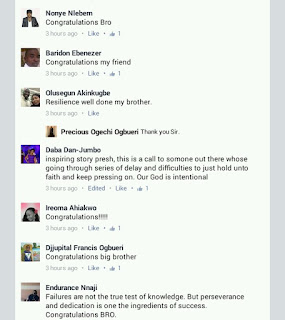