The wife of Oyo State Governor, Mrs Florence Ajimobi has charged the citizens of the state to love and follow peace with all the people around them as Christmas is celebrated.

She gave this charge at the gift presentation to the first two babies born on Christmas day at the Oluyoro Catholic hospital, Oke-Offa, in Ibadan.

Speaking through the Permanent Secretary of the Ministry of Women Affairs, Mrs Foluso Sali, Mrs Ajimobi urged all to share with people in their community who can not afford to celebrate in this festive period, adding that it should be  a season of give and take.

Mrs Ajimobi further advised that loving a neighbour is the essence of Christ's coming while giving to people in need is is a great sacrifice and service to humanity.

The first baby, a girl, weighing 2.8kg, was delivered around 5.30am this morning by Mr and Mrs Adedotun and Ajibola Ajibare while the second baby, also a girl, was delivered a while later by Mrs Bukola Laigwu with weight of 2.6kg.

The babies received both material and monetary gifts from Mrs Ajimobi. The children ward was also visited and material gift was donated to the ward.

The matron of oluyoro hospital, Rev Sister Lucy Eselebe, who spoke through the supervisor, Sister Beatrice Ibeh, appreciated the wife of the Governor for the donation to the new babies and the children in the ward 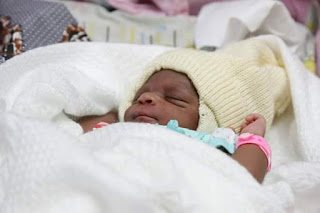 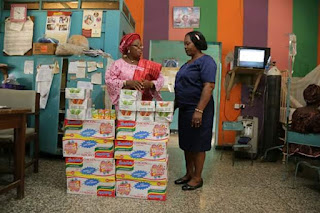 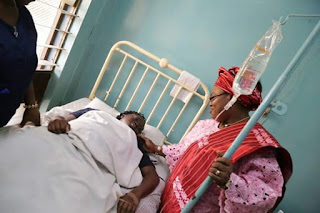 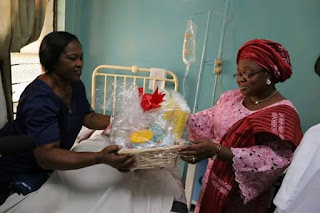 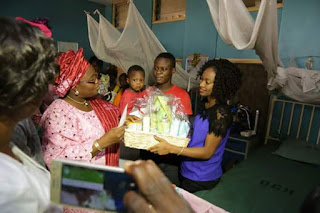 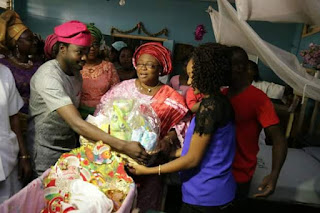 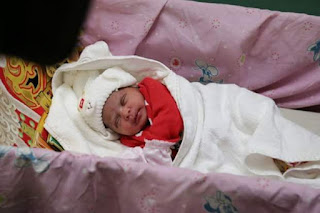 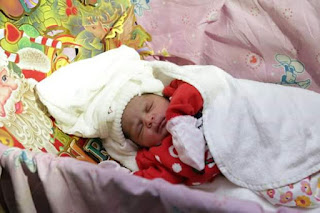