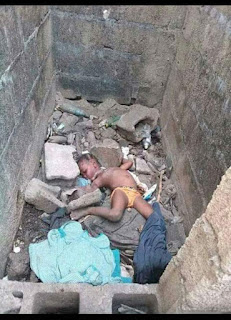 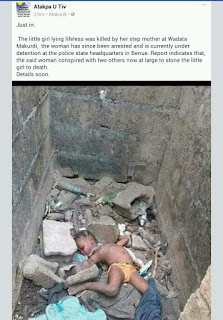 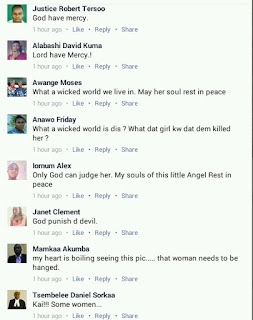 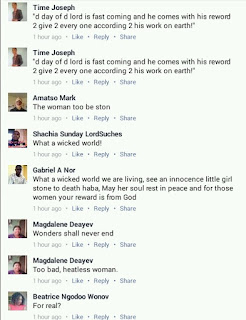 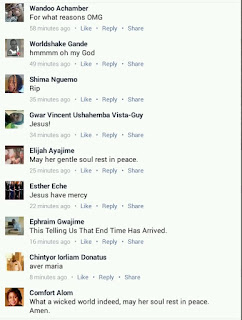 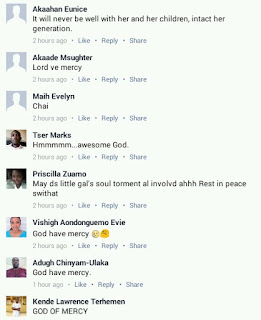 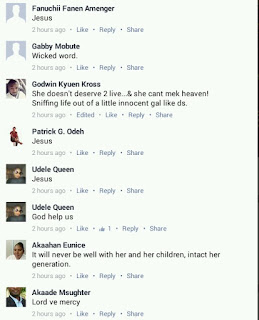 According to Atakpa,Coordinator at Benue Good Governance Team(BEGGOT),the little girl pctured above lying lifeless was killed by her step mother in Makurdi.He wrote....

The little girl lying lifeless was killed by her step mother at Wadata Makurdi,  the woman has since been arrested and is currently under detention at the police state headquarters in Benue. Report indicates that,  the said woman conspired with two others now at large to stone the little girl to death.
Details soon'