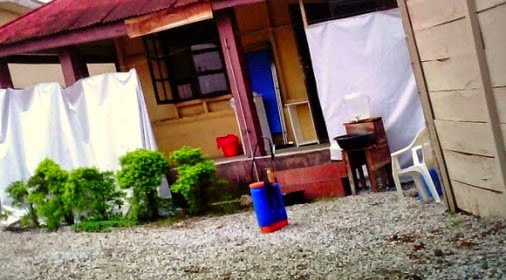 Nigeria's health minister Onyebuchi  Chukwu has said that four additional patients have been discharged from Ebola Isolation center in Lagos after they were confirmed fit and negative for the disease.

Two doctors,a female patient and the nurse who left the isolation center and ran to Enugu make up the discharged patients.

The Minister disclosed the information today.A statement released by the Minister and signed by his Special Assistant on Media and Communication, Mr. Dan Nwomeh reads....

“The Minister of Health Prof.Onyebuchi Chukwu has announced that four additional confirmed cases of Ebola Virus Disease who have been managed successfully and are now disease free have been discharged home today.
They
include two male medical doctors and one female nurse. The three participated in the treatment of the index case while the fourth person was a female patient at the time the index case was on admission. This brings to five the total number of patients diagnosed with Ebola Virus Disease who have now been discharged from hospital.”

It should be recalled that the Minister said on Saturday that the first Nigerian to be diagnosed of EVD, has been discharged after full recovery.He also said that the country has recorded a total of 12 Ebola cases since the outbreak of the disease
Loading...
">