A final year student Of Microbiology Department, Unizik,Master Francis, slumped and died while playing basket ball at Bakassi few days after signing out.

Below is a story shared by his friend...

"I feel bittered ,What a nonsense of Nnamdi Azikiwe university clinic in Awka, a final year student, a course mate, just to share memories together was rushed to the nonsense, rubbish clinic on emergency, on getting to the hospital no single doctor was there to attend to him, the nurses looking like cleaners couldn't even attend to him, Francis was right before us dying!professionals in the medical field told us to pray without them playing their own part, I was gutted , although we were praying heavily , we tried to rush Francis to another hospital a doctor rushed in stupidly asking the hospital she is working in if they had oxygen and Bp apparatus, the nurses said no, Francis was going far out of this world right in our very before ,that was when it occurred to them that Francis would be rushed to the hospital , I was inside the ambulance holding Francis foot, it was damn cold, his eyes were already open!!! I was scared , I knew only miracle could happen because Francis had no impulse, on getting to Amaku general hospital the doctors saw it was already late, Francis had no life in him again, they left him unattended , we felt it has happened already , as his course mates we were optimistic a miracle could happen, Francis was gone, our lecturer came and broke the news to us in the hospital , we cried , we are still crying, we are feeling bitter , the dean of students affair came to show his stupidity, he said "THIS IS NIGERIA, WE DON'T EXPECT THINGS TO BE PERFECT, WE DON'T HAVE IMPLEMENTS, this words got us pissed ,he was then blaming our leaders, A DEAN OF STUDENTS AFFAIR, A LEADER,
ENOUGH IS ENOUGH This is our second course mate

We are loosing to unizik medicals , UNIZIK MEDICALS KILLED FRANCIS! Unizik medicals is a death trap, what is the essence of the money we pay for medicals!They rarely even administer drugs , shut down that
hospital" 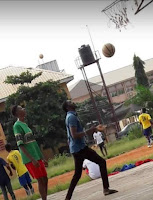 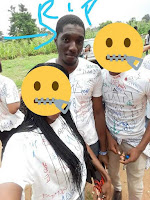 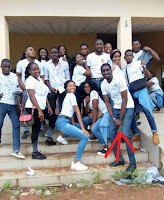