There is palpable fear in Rivers state following the arrest of over 20 Northern youths  who smuggled over 50 cows with 27 recorded dead in a truck with registration number (RGM 104 XA), through Adamawa, Okigwe routes to Igwuruta in Ikwerre Local Government Area of Rivers State.

Numerous Kelga residents who spoke off camera, were of the opinion that the development has political under tone and therefore called on the government not to sweep the investigation under the carpet.

It was revealed that over four cows among the dead had been distributed and sold for public consumption before the arrival of security agents. 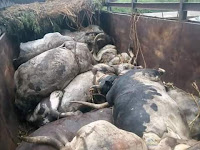 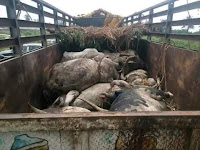 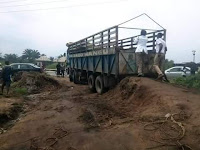 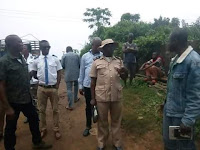