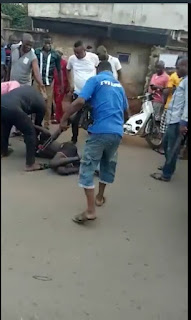 There was a mild drama in Nnewi,Ananbra State after vigilante members flogged a supposedly mentally deranged man who came to destroy a shrine.The man accused the shrine of killing his brother who was meant to be a reverend father.The chief priest called the vigilante members who stormed the area,disarmed the man who was with a cutlass,flogged and arrested him. 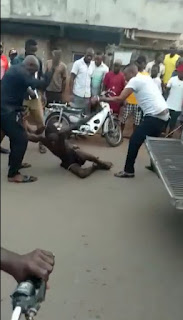 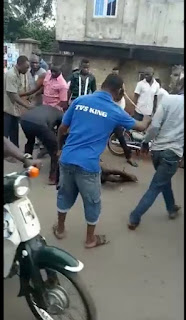 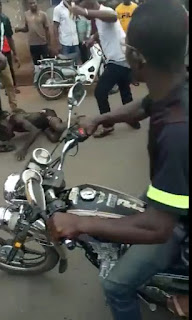 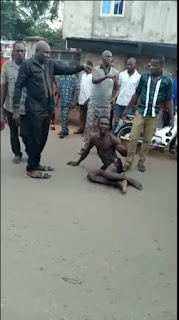 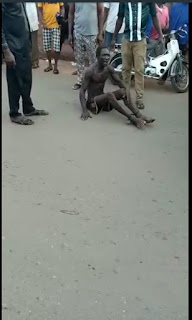 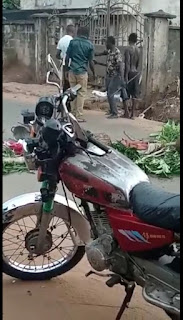 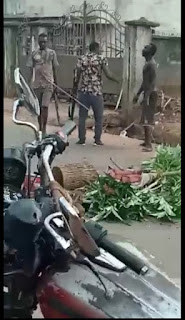 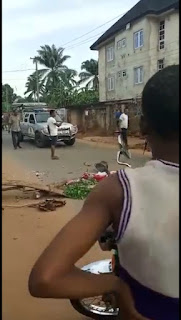 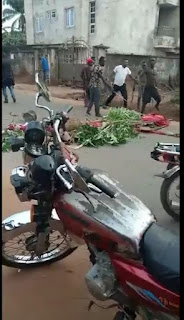 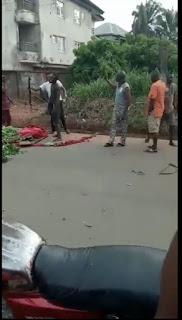 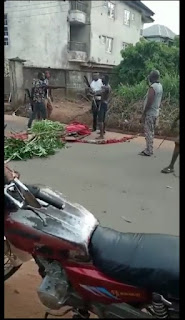 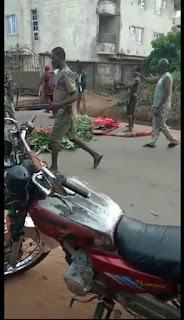 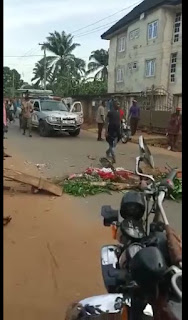 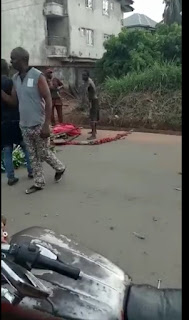 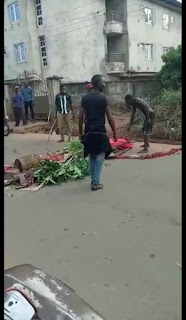 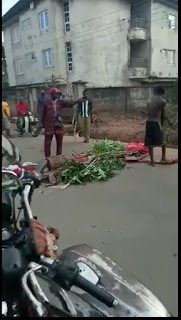 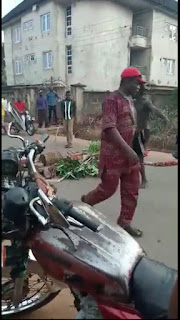 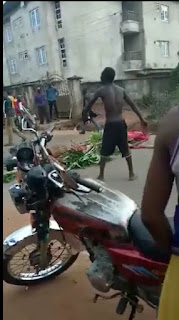 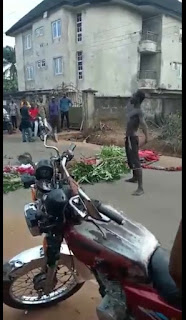