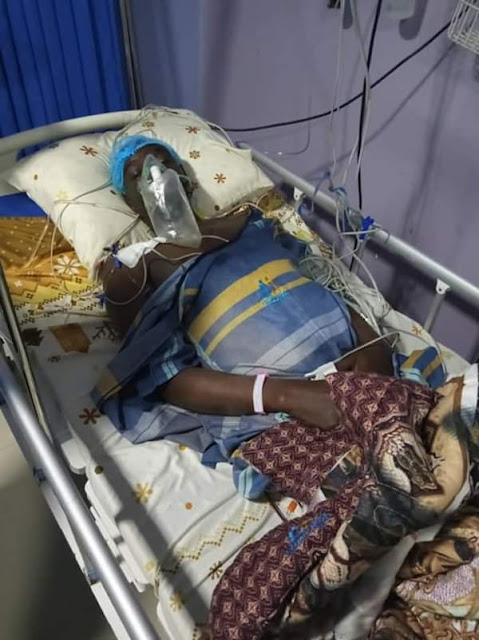 As shared by Bello.....
'THE NIGERIAN ARMY ABANDONS ARMY CAPTAIN ATTACKED BY ARMED BANDITS WITH GRENADE IN ZAMFARA. BATTLES FOR LIFE IN PRIVATE HOSPITAL IN ABUJA
A Captain in the Nigerian Army has been abandoned by the Army and left to die after being attacked with a Grenade by Armed Bandits in Zamfara on the 29th December 2018.
The captain who served in various parts of Borno state  including Chibok,when Boko Haram was at it's peak,fought many battles some side by side with the Late Col.Abu Ali, engaged Boko Haram terrorists for 6 whole years,after which the Army posted him to Zamfara(giving him no rest whatsoever ever in 7years from the battle field) when the issue of Armed Bandits started getting out of hand.
On the 29th December 2018, while out on a clearance operation in the forests of Zurmi Local Government of Zamfara state, the officers and soldiers were attacked in ambush by Armed Bandits, many soldiers lost their lives..The Grenade that the Armed Bandits threw at the officers shattered the Captains legs,and several particules of the explosive entered and spread into several parts of his body. This on it's own, is also some sort of poisoning to his body.
The soldiers were immediately taken to FMC Gusau,few days after,Governor Yari  and the Zamfara state Government officials visited him in FMC Gusau and offered to pay
his medical bills and so he was transferred to a private hospital in Abuja..
We deeply and sincerely want to thank the Zamfara State Governor and the Zamfara State Government for coming in when the Army proved inefficient and neglective.But is it the Zamfara State Government's duty to take care of Military personnel injured in battle?
The Young Captain has undergone over 10 surgeries with very little progress.
The injured officer has asked several times that his legs be amputated because of severe and unbearable pains..
We are left to wonder why the Defence Headquarters hasn't even sent a single representative to check on him,up till the time i write this,neither has any attempt been made to pay his bills or even fly him abroad for proper treatment by the Nigerian Army. We know very well this is something the Army can afford comfortably and effortlessly.
He needs urgent help, We call on the leadership of the Army to intervene at this point. After 2 months in the hospital and having undergone several surgeries,his legs are rottening,his entire body is depreciating, he is dying slowly, why will the Army turns a blind eye?
How can this be done to an officer who left everything he loved,his comfort,his family to serve his country?  How does this motivate anyone to join the Nigerian Military?
What is the officer's crime other than he fought terrorists so that we live? He stood in between us and the terrorists, He got this injury trying to protect us all. This is a man who will take a bullet for any of us.  Is this how the Government and Army should pay him back? are they not aware,he has parents,siblings,relatives, friends,family and loved ones too? Don't they know,we feel pain too?
If our military officers are treated this way by the Army,upon getting injury from battle,how do we ever win the war against terrorism in this country?
He spent 10years serving in the Army and 7years in operation theatre,he should at least be appreciated by getting the best medical attention the Army can afford.
General Buratai I hope this gets to you and the President. Let Your conscience guide you to do the right thing for this young,brave, gallant officer.
Do not let his sacrifice for this country amount to nothing, he doesn't deserve this cruel treatment from the Army Leadership.
Finally,I make this passionate appeal to everyone who reads this,help us get this to Buratai by sharing and to the Commander in chief,let them intervene please' 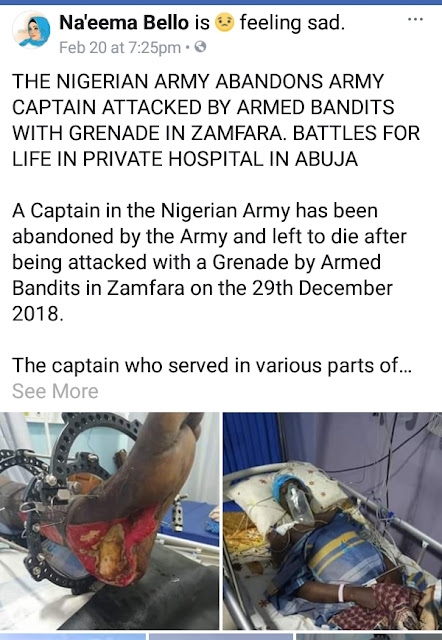 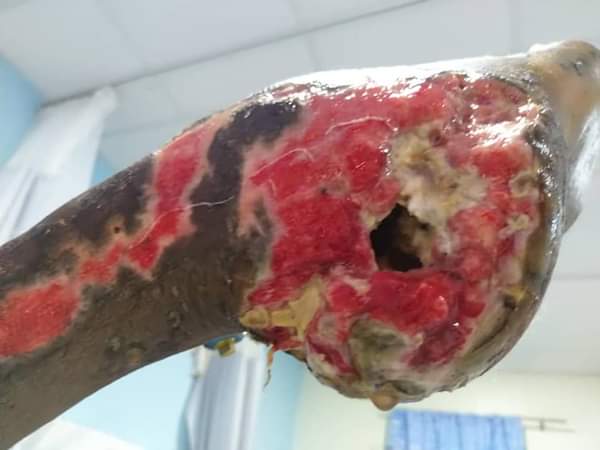 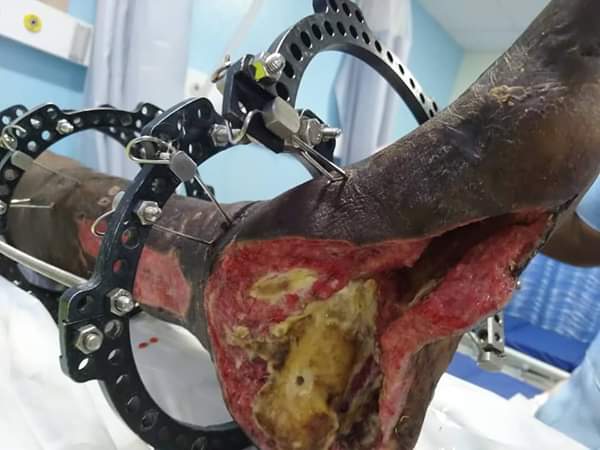 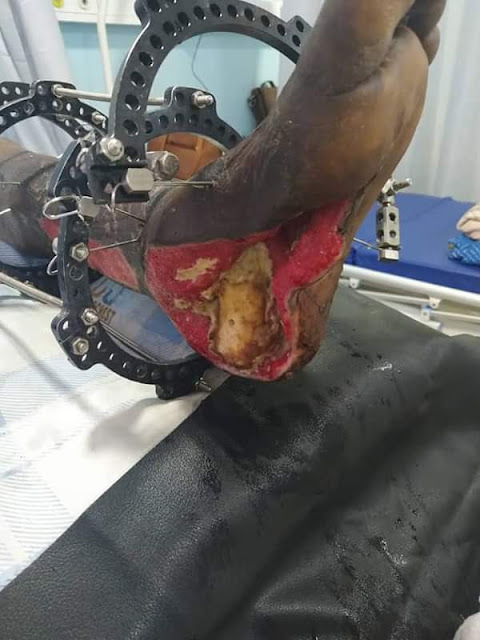 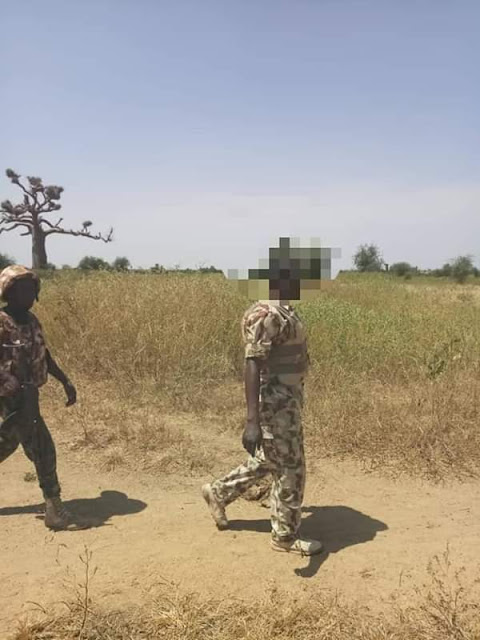 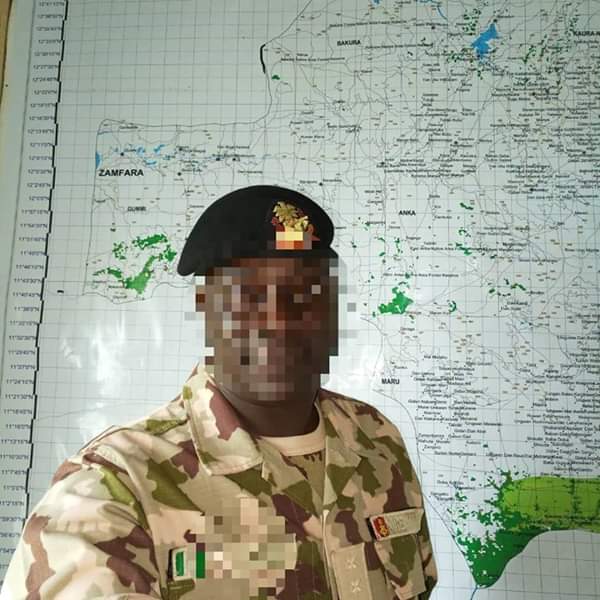 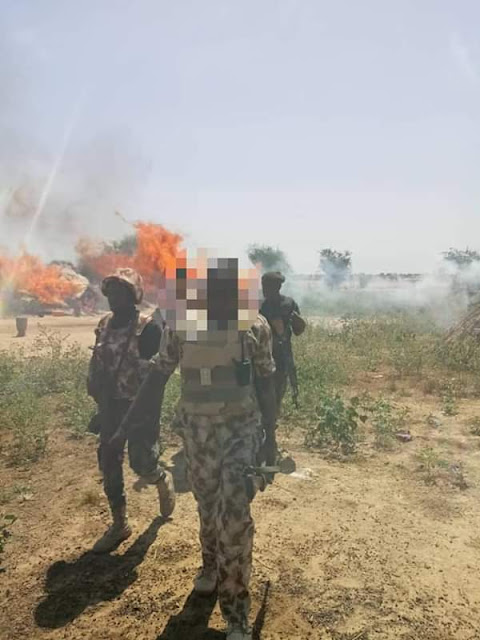 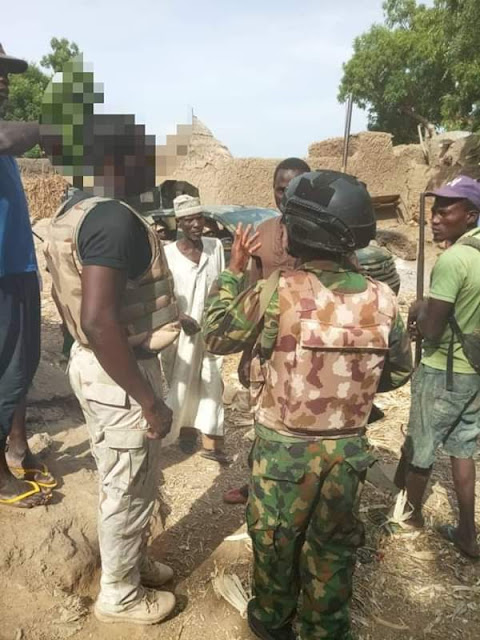 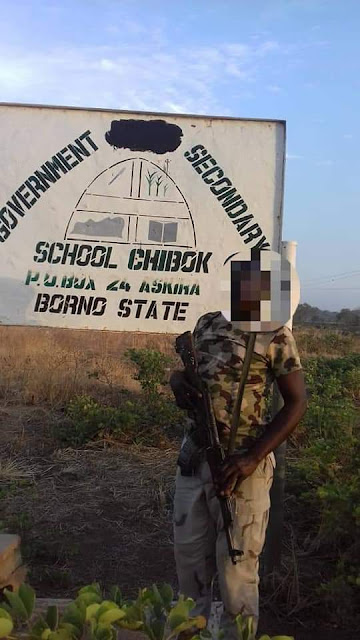