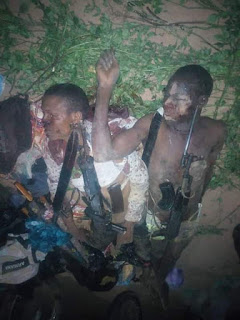 THE NIGERIA POLICE FORCE
BAUCHI STATE COMMAND
PRESS RELEASE
25th September, 2019
To all media organisations,
DEATH OF SUSPECTED ARMED ROBBERS / KIDNAPPERS AND RECOVERY OF TWO (2) AK-47 RIFFLES WITH ELEVEN (11) LIVE AMMUNITION
In it's ongoing onslaught against crime and criminality in the State, the Bauchi State Police Command under the leadership of CP Habu A. Sani, psc has on Tuesday 24/09/2019, following an intelligence led operation, destroyed a suspected kidnappers camp in Alkaleri LGA, shot two suspects and recovered exhibits.
2. On 24/09/2019 at about 2000hrs, based on credible intelligence, the Command tactical team attached to Operation Puff Adder in collaboration with Danga security volunteers trailed some suspected kidnapping/armed robbery suspects to their camp in Gali forest, Alkaleri LGA, Bauchi State.
3. On sighting the Police team, the suspects engaged them in a gun duel but were successfully overpowered by the superior firepower of the Police and two of the suspects were gunned down while the rest were believed to have escaped with bullets wounds. The suspects were then taken to Abubakar Tafawa Balewa Teaching Hospital for treatment but were later certified dead by medical doctor.
4. Exhibits recovered during the operation include:
i. Two (2) AK-47 rifles
ii. Eleven (11) rounds of live ammunition
iii. Four (4) motorcycles
5. The case is under investigation. Meanwhile, no causality recorded from the Police team or any of the volunteers/members of the public and effort is on top gear to arrest the fleeing suspects.
6. Finally, the Command wishes to assure the general public that, it will not rest on its oars in the ongoing operation to rid the State of all forms of crimes and criminality and appeals for more support from the public by providing useful information to the Police and other security agencies on criminals and criminal hideouts in the State.
DSP KAMAL DATTI ABUBAKAR
POLICE PUBLIC RELATIONS OFFICER
FOR: COMMISSIONER OF POLICE
BAUCHI STATE COMMAND 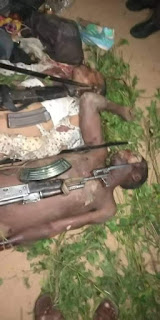 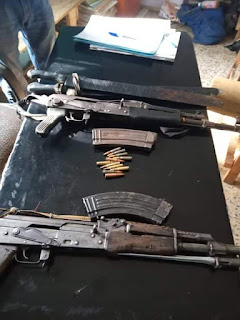 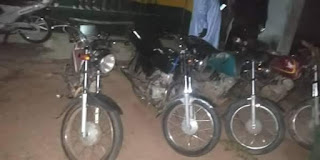