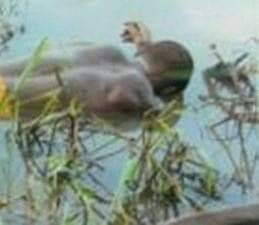 The ancient and locally made Akadoro Bridge in Ezza North Local Government Area of Ebonyi State is believed to be the worst bridge in Ebonyi and one of the deadliest bridges East of the Niger.
Pitiably, the Akadoro bridge is the only major bridge that connects Ekka, Ogboji, Nkomoro & Inyere communities and some parts of Umuezoka, all in Ezza.
Trezzy Helm gathered that the bridge which over the years had turned to a death trap has claimed the lives of innocent Nigerians including an undergraduate Mr Kenneth Nwankwo, Mr Ezaka, and Mr. John Igwe, among others.
The most recent death on the bridge occurred on Friday 11th October as one young man, a surveyor by profession and an indigene of Anambra State, Chinweike Macmillan mistakenly slipped off the bridge and got drowned in the water below the bridge.
According to the information, Chinweike and his 3 other colleagues were on excursion to the bridge and had been able to cross the bridge connecting to Amegu community but unfortunately met his sudden death while returning from the journey.
Photos show the body of the drowned surveyor, Chinweike Macmillan being lifted from the river. 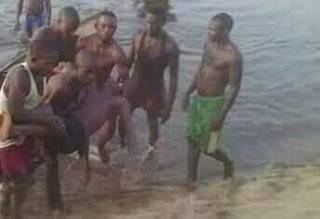 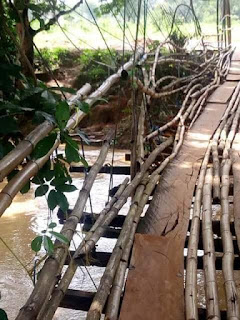 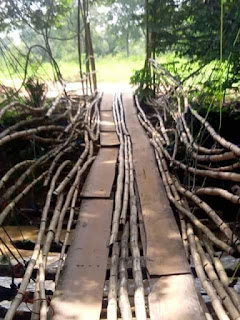