Port Harcourt Serial Killer Threatens A Journalist:'I Will Scatter Your Phone If You Snap Me Again'(Photos) 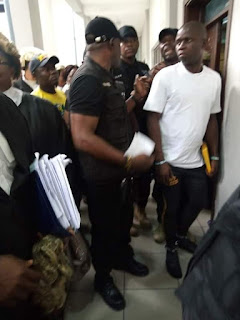 Gracious David West remanded in prison
The state has taken over matter.He has been charged with 10 count charges for murder.He
pleaded guilty to 9 and not guilty to 1.
According to him,he did not kill the last one at the hotel in Bende street.He only tied her hands and legs because he is a Christian.He also said he was telling the court the truth because he wants to be forgiven.
Speaking further, he said his N60,000, necklace and wrist watch are with the police.He pleaded with the court to order the police to give them back to him.His counsel however said he is not guilty.
He shocked everybody when he threatened a journalist who was trying to snap him and said....
'I will scatter your phone if you snap me again' 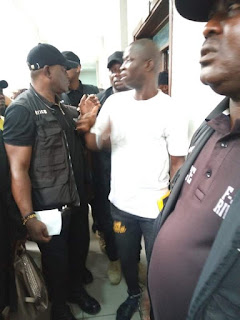