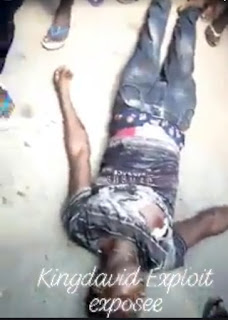 A driver was shot dead today by a policeman at
New Park,Owerri road,Onitsha.According to an eyewitness who narrated the story,policemen stormed the park to arrest weed smokers.The deceased joined people at the park to run when policemen stormed the park.It was during the process that one of the policemen shot him dead.Angry mob blocked the roads and set tyres ablaze.
See more photos below 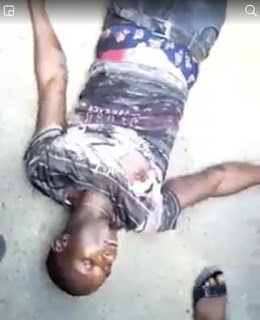 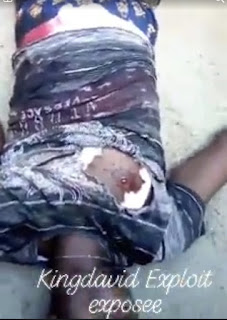 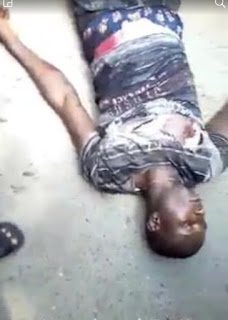 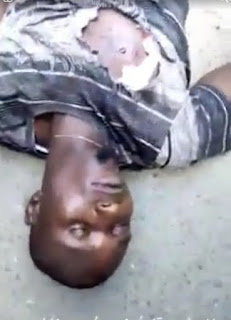 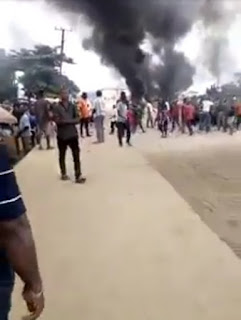 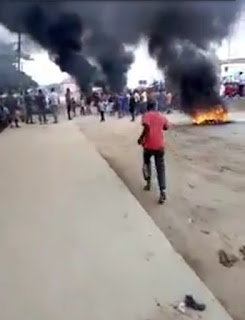 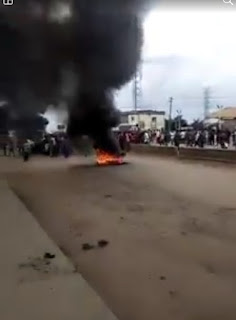