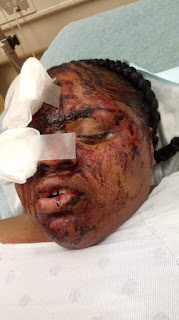 On Tuesday,a lady made a post on her Facebook after her sister was badly beaten by a man named Maine.

The post included a before picture of her sister, two pictures of her sister after and one picture of the man responsible.The sister appears to have been treated with multiple stitches from the attack.She did not give details of what her sister did to warrant the attack.The post went viral and has been shared thousands of times. 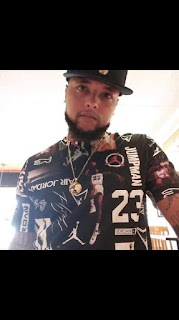 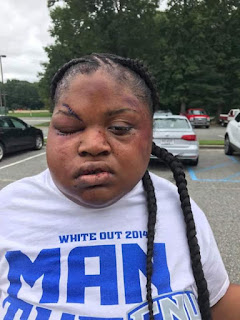