See What John Dumelo Was Pictured Doing With Locals(Photos) 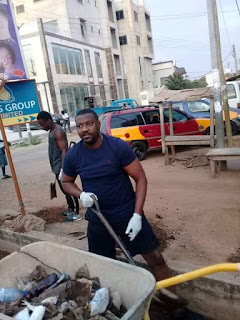 A-list Ghanaian actor and  MP-aspirant John Dumelo on Monday, 12 August 2019, went about cleaning and de-clogging some drains at Abelenkpe in the Ayawaso West Wuogon Constituency.
“I joined a group of ladies and gentlemen this morning to clean up the streets and gutters of Abelenkpe. #idey4u”, Mr Dumelo, who has filed his nomination to run for the main opposition National Democratic Congress’ parliamentary primaries, wrote on social media.
After filing his nomination in July, Mr Dumelo told the media that he is the redeemer of the people of the Ayawaso West Wuogon Constituency, adding that he will do a marvelous job as a representative of the constituency in parliament should he win both the internal contest and subsequently the parliamentary poll election in the 2020 national elections.
He told journalists on Friday, 19 July 2019 that: "Filing means a lot not just to me but to my constituency which is Ayawaso West Wuogon and most importantly to my constituents who are yearning for change, who are yearning for development, who are yearning for jobs, who are yearning for somebody to come and redeem their image, and, so, that's one of the reasons I decided to contest". 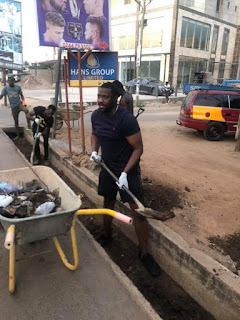 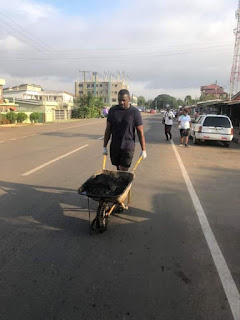 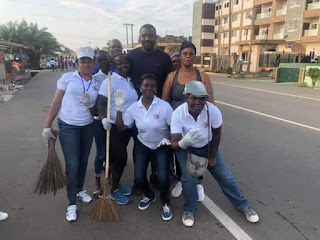 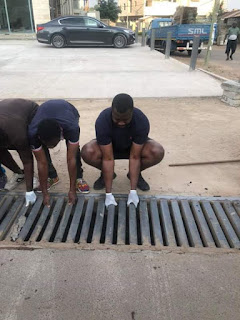 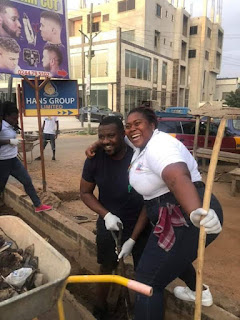