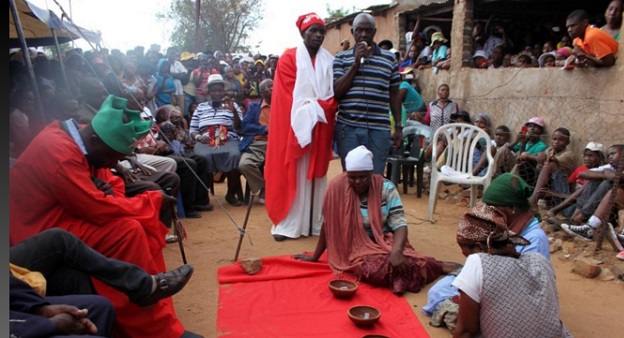 Remember that saying: 'the white man came to Africa, took our land and left us with the bible". Well. Three South African prophets who claimed they had the power to raise the dead, were left embarrassed after the dead people they came to resurrect remained dead despite all their screaming and chanting.

Via DailySun SA
Hundreds of villagers arrived at the ceremony to see if the three young people would be brought back to life.

The prophets chanted, the parents prayed, the people waited.

BUT IN THE END, THERE WAS NO MIRACLE.

The only thing the grieving parents could hope for was that their children will rest in peace – and won't spend the rest of their time as what some claimed they had become – zombies.

But recently, stories have been going around that the crash was no accident. It was claimed that evil people had caused the tragedy and that the youngsters had been turned into zombies. That is because pupils claimed they saw Isaac in school last Monday.

Even their parents, as well as headmaster Piet Kekana, believed that they weren't dead and two prophets were brought in to bring them back from the dead. 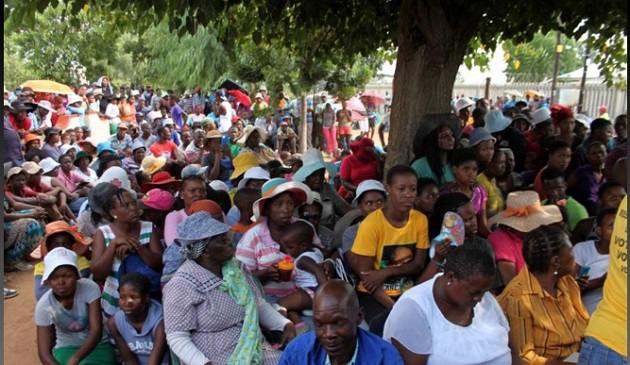 Daily Sun was there on Sunday when more than 500 villagers in Rakgoatha Village, Zebediela, Limpopo crowded round to witness the raising of the three young people.

Prophets Patrick Runanga and Joseph Mukatuka started performing rituals on the mothers of the dead children.

The holy men prayed and shouted the names of the dead.

Mutukana said: "I can see the spirits of the three dead roaming the streets. Their spirits were taken by evil people. They are not at peace at all."

But two hours later the dead had still not been brought back to life. The prophets promised the rituals will make the evil people who killed the young people come and confess their sins. They said they would not accept payment until that happened 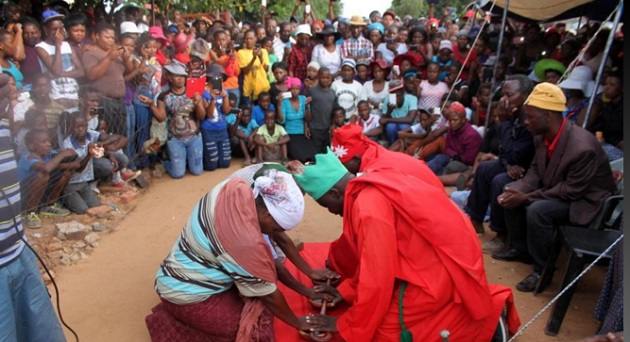 Kekana told DailySun that pupils from Maroba High School collapsed during morning prayers last Monday, saying they had seen Isaac coming through the school gate in his uniform.

Teachers believe that the pupils who collapsed are possessed with demons and called a pastor to pray for them. The following day another four collapsed, also claiming to have seen Isaac at the school.

Flora Ledwaba, one of the grieving parents, said: "My daughter is giving me no peace. I see her shadow at my house. I want her back. I hope there is someone who can wake her from the dead." 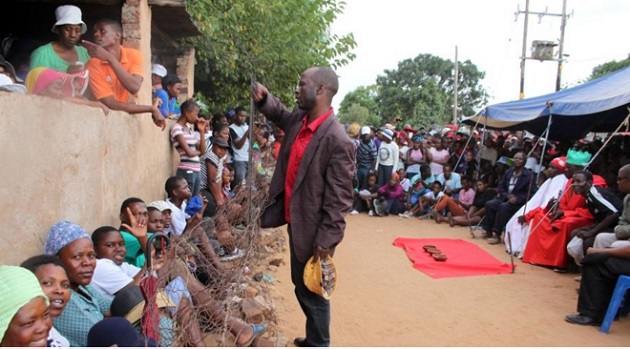