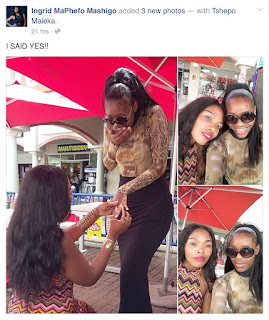 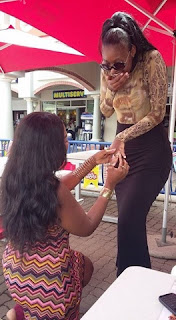 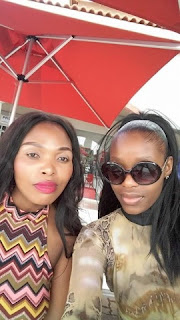 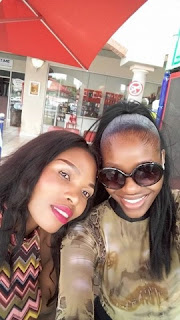 Openly gay South African OAP has broken the internet after she posted photos of her proposing to her long term girlfriend. Ingrid proposed to Tshepo Maleka and she said "yes." The elated bride-to-be later took to Facebook to share the good news.