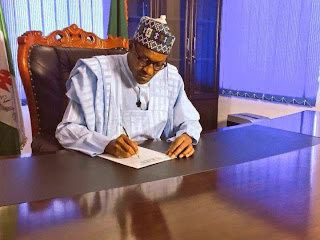 PDP has revealed the party will not distract Gen. Buhari's led administration.
This was disclosed by Mr Olisa Metuh,PDP's National Publicity Secretary while addressing journalists yesterday on the topic: ‘Nigeria on the brinks of dictatorship’.He however said APC is devoid of the capacity to promote our democracy and also expressed optimism that PDP win return to power in the next 4-yrs.
“Because we are convinced that the APC lacks what it takes to sustain our democracy,the PDP is not leaving any stone unturned to ensure that it returned to power in the next four years to save the nation’s democracy and re-channel our vision of a greater Nigeria.”
Speaking further,he said PDP will not contest Buhari's victory in court.
“We will not distract Buhari, we will help him to salvage democracy. We will offer APC alternative programme. We will be the best opposition, we do
hope that the opposition will appreciate democracy.”
“PDP recognises that there were irregularities in the presidential election, but we decided that
promoting unity is paramount to us. It is the wish of this party that the President-elect will not be disturbed, we will not do anything that will disturb him and we will not condole harassment of our members.”
“The Peoples Democratic Party (PDP) has invited you today to address a matter of serious national importance, a grievous development and worrisome trend which is not only inimical to the stability of our nation but also the collective wellbeing of all citizens.”
“As we address you today, our nation and its citizens are facing a serous threat. We are at the
verge of a quick slide into dictatorship and the personal freedom we all enjoy today is about to be obliterated.”
Contrary to his statement,there have been reports in the media that PDP will contest Buhari's victory in court.
Loading...
">